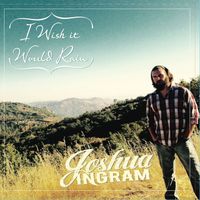 From the recording I Wish It Would Rain

This is my response to a question I had about one of country music's most classic songs.

A G D A
I was born in the Cimarron but the Bad Lands are my home
I don’t see too many folks out here I just wanna be left alone
A stranger rode in on a black horse, it was clear that he was on the run
With fear in his eyes, pain in his heart, and five bullets in his gun

He stayed here for a few days and I tried to set him straight
But he was bound by love and stupidity to try to change his fate
He left out last night ‘neath the dark of a new moon
Without enough sense, without enough bullets, that boy’s gonna be dead soon